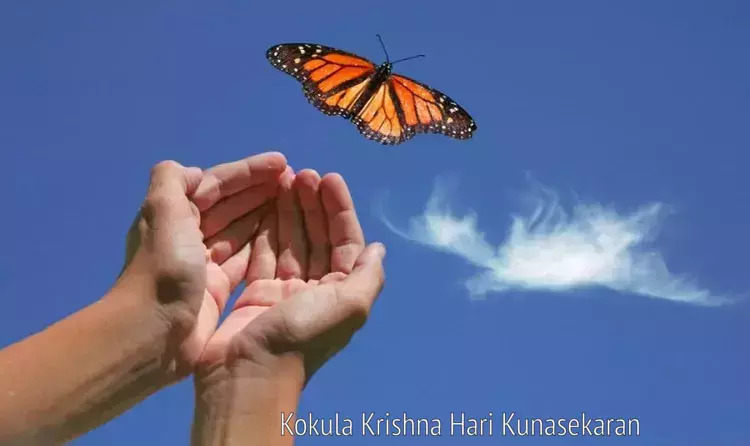 Attachment is clinging to anything you believes is needed for your survival and pleasure. Attachment is the source of all our pleasures now. We are attached to our friends, to our relatives; we are attached to our intellectual and spiritual works; we are attached to external objects so that we get pleasure from them. What, again, brings misery but this very attachment? We have to detach ourselves to earn joy. If only we had the power to detach ourselves at will, there would not be any misery. That man alone will be able to get the best of nature, who, having the power of attaching himself to a thing with all his energy, has also the power to detach himself when he should do so. The difficulty is that there must be as much power of attachment as that of detachment. There are men who are never attracted by anything. They can never love, they are hard-hearted and apathetic; they escape most of the miseries of life. But the wall never feels the misery, the wall never loves, is never hurt; but it is the wall, after all.

Perhaps, we have come to realize that attachment can be the one thing that is preventing us from manifesting the results we want. So it is that we are already working towards our dream but we cannot help but feel all sorts of negative emotions ranging from insecurities, anxiety, fear, lack and frustration in the meantime. Our journey is turning out to be extremely painful.

With almost a month of long haul, I am glad to write again. Being a responsible adult is always an important task, and one of the most important ingredients of it is the “Appointments”. There is an etiquette for making and keeping very critical appointments, and most of us miss it.

Scheduling: Before giving someone an appointment, it is worth enough to check the calendar/wife/husband/secretary or whoever will be a timekeeper for you. One of the rudest things is not turning up or honouring our words.

Busy Moments: We are all busy. Anyone who is not retired or unbelievably rich is busy, and even a lot of retired and remarkably rich people are busy too. If someone tells you how busy they are as a reason for cancelling, the implication is that others are jobless creatures and have nothing better to do than wait on the busiest people’s convenience.

Conflicts: Most adults know that conflicts may arise at the last minute, and they’ll do their best to reschedule you for a more convenient time. Call, apologise for the inconvenience and choose another time that works for both of you. If you are unsure of a specific time, don’t schedule because you don’t want to be known as a chronic schedule changer.

Communication: Communicate in the most intimate form as much as possible. If you speak over the phone and are connected in all the ways possible like WhatsApp, Text SMS, Facebook Messenger, through Personal Secretary, Telegram or many such IMs, dial them up and speak. Ensure that you give them an unequivocal apology along with the next possible date and time of the meeting. They wouldn’t eat you by making you as a layer in a sandwich. 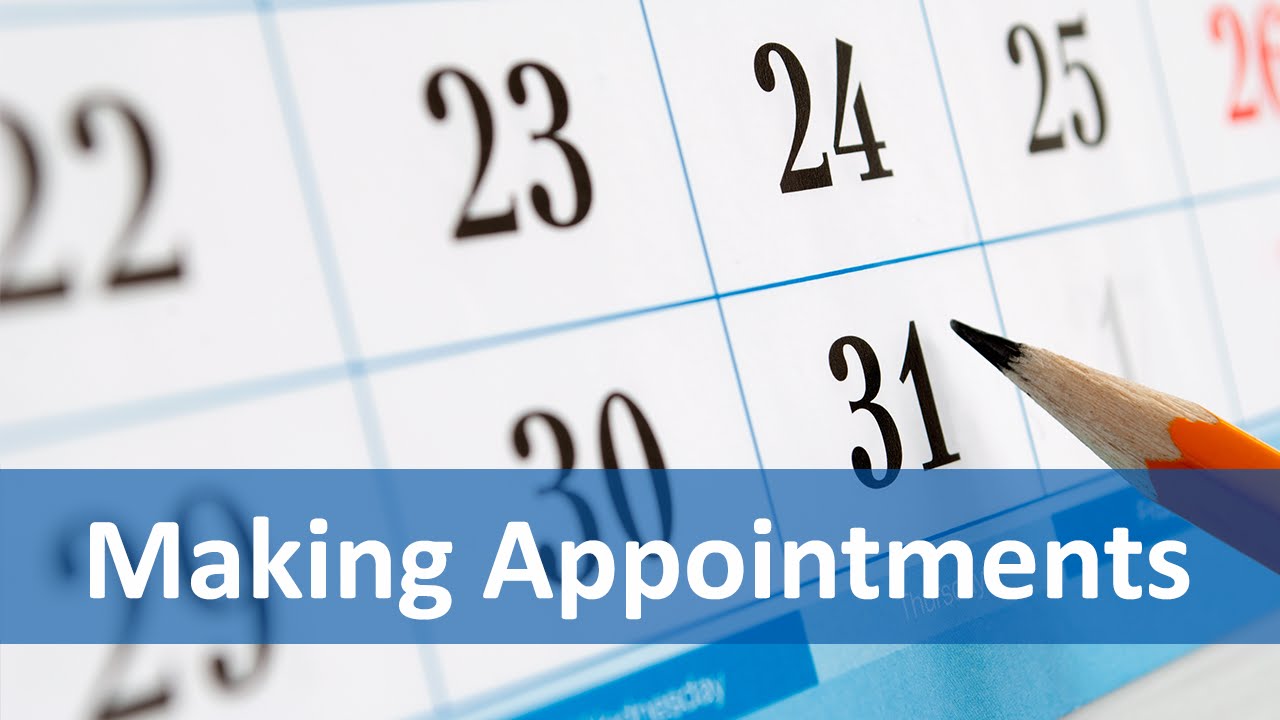 Rescheduling: You also need to be the one who calls and changes the appointment. Always call to reschedule rather than rely on texting or email. The back and forth conversation can save time and hard feelings. This isn’t a time for lame excuses.

Confirmation: Many professionals call, email or text to confirm appointments. Reply as soon as you see it. If you can’t make the appointment, use that opportunity to change the time. Don’t think that ignoring it cancels you out. It is a demonstration of maturity and leadership.

Being on Time: Ah, this is a big catch for most of the Asians. We need to see such creative minds and thoughts when it comes to giving reasons for being late. We should make it a point to show up for your appointment at the designated time. Don’t make excuses for being late. Allow for traffic congestion if you’ll be driving during rush hour. Give yourself an extra five or ten minutes to allow for any unexpected delays.

Apologising: When we are late for the meeting, or due to unforeseen reasons we had cancelled the meeting, start the conversation with a small apology. And this is quite important for a good interpersonal relationship. When you are speaking with someone of reasonable intelligence, note that they would be aware of your position before you talk to them. Never lie to them and be confronted.

A couple of recent exciting experiences where I have given a blanket ban on future appointments. Yet it would be interesting, but still, there is something with the terminology called “Self-Respect“. First one was a very senior Business Professional and a well-known Entrepreneur. He used to continually invite me for a cup of coffee at Chennai, but I am quite reluctant in giving time as he was situated in the high traffic area where it is even painful in finding a car park space. On a fine day, he called to check if I am doing well. And, I answered the conversation went on, and he invited for coffee the next day as I was scheduled to visit Chennai. We concluded to meet at 4.30 PM IST, and I prepared for the meeting with the Agenda and others for the next 1 hour. As I had another schedule at the same place at 5.30 PM IST and successive, we planned to have a coffee at 6.30 PM IST in a nearby favourite shop. When I gave a pre-information that I am on the way at around 4 PM, the gentleman asked me to come down as he was available.

When I arrived at his office at 4.25 PM IST, he was with some other guest and said he was experiencing a critical schedule and started having his late lunch. In less than 10 minutes, he got another call, and the conversation seems that he has given the other people also a conflicting appointment at the same time. He neither informed me nor rescheduled them. They should have arrived by 4.45 PM quoting an apology because of traffic. I got totally pissed off, and my privilege of meeting with that Gentleman has been disrupted because of the conflict. To maintain my dignity, I left the premises and checked with the 5.30 PM appointment guy at the same place. He quoted me an unworthy reason which was beyond the imagination. Discarded that meeting and went straight into Saravana Bhavan hotel (a famous South Indian restaurant) nearby and had a couple of bondas and a strong coffee before heading to the next meeting. The only compassionating thing that happened was that I had the next meeting at 7.30 PM; I arrived a bit early and informed my another colleague that I have arrived. The meeting place was around 400 mts from his office, and it seems his Google Maps said the ETA as 18 minutes because of the traffic, so he decided to run down literally from his office. I was so impressed by his value and respect towards me. He is in his late 40’s and should be around 100 KGS in weight. Wow!

The second incident was with a Banking individual, I have written loads about him earlier. This time also he pissed me very well. I gave him an open invitation for dinner, and as his usual practice, he denied it. When I asked for the consecutive day, he was unable to move out of my clutches and said he will turn up 3 days later for a meeting but not for dinner. I agreed and wanted to check his time of arrival and refrain from other meetings to avoid the possible conflict. He didn’t respond to my text nor even read it even after being online a long time. My staffs and other people challenged me by saying that the banking guy will never turn-up, and it would be a waste of my time waiting for him. I am not such a quick decider and presumed that he might be having some logistic issue for responding to me. The D date came, and as my staffs challenged me, the banker didn’t turn up and instead he turned off the mobile to evade from my calls/texts. Hurray! What a massive victory. He gave a simple text message when he turned on the mobile that “I was in the hospital, I can’t come today. Will call you later.” Glad that he had some common sense and guts to say that at the end of the day after almost 10 hours. It was highly a vague response! No definite time when he will call me back, nor there was a sorry. Also, he didn’t visit any hospital of the sort to claim the genuineness of the text. After that he gave a couple of messages in my private WhatsApp number, I did the tit for tat by ignoring to respond his message. He called me, initially I thought of not answering the call, but later thought, if I do the way then there wouldn’t be any difference between him and me. So, answered the call and heard his explanation. He promised me that he will turn up the very next day evening to meet me. Now, I have made up my mind. I agreed for the meeting and left for Delhi the very next morning.

Hope everyone to adhere to the Appointment etiquette in future! This will raise the level of your image with the person whom you are meeting as well as in society.