More than a decade, the real fruit of acquiring a friend was missed in my life. In a friendship trust and respect are the only components, others are not even into the list. The blossoming period of life, the school thought me much in India but failed to teach me life lessons. And, being an Indian Kid, I had been constantly controlled, monitored and directed whom to speak with and whom not to. Not limited to the gender, there was a heavy restriction on the selection and this selection was done by my parents; yes you read it right. To say more about the Indian theocratic society, the 1950 – 1990 parents are more concerned about the Religion, Caste, Color and Social Status. Usually, the wingspans are the cut short for an individual and they fix it with Fevicol artificially.

There are millions and millions of factors imposed by the parents and guardians while choosing one friend. This decision of choosing is highly impacted. Do never exclude me from this list, I have been in the same position.

I realized the hardcore mistake and bootstrapped myself from these influences when I was about to complete my Doctoral Degree. It had been a very long time to realize it, but still. After getting into, I found a few mistakes in the same. Tring to wrap things, but still wasn’t able to digest it.

Some mishap happened for me personally a few months ago. It was slightly projected wrong about me, when there were 1000’s of people supporting me, few of my so-called friends were embodied the doubt based on the wrong projection. I didn’t bother about it, as I took it equivalent for an examination to asses the people around me. 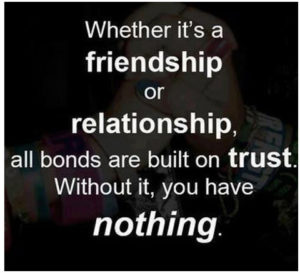 I had a guy who was with me around a decade, reunioned after almost 7 years and used to hang around. Used to meet for Lunch and Dinner very frequently as he was a very big foodie. With a strong refusal, I used to accept every time. One day, he requested something to be got from the United States as I was travelling officially.

After getting the input, I called my PS and asked to get it done. He also spent a few hundred US$ and got them. After some days, when I asked him to collect it from my office/home, he refused to meet me fearing the local situations. Also said he doesn’t need them. Yuck, money doesn’t matter to me. I am no fan of those facial creams. It was lying on my table for almost 3 months before I decided to give it to someone else who would be in need.

Everyone has their own perspective on everything. We cannot control their views, but still, the trust beyond that perspective is more important. This is an important factor responsible for a strong bond.

There was a debate a few years ago at Coimbatore headed by a collector on a simple issue where the hotel accused me of spoiling my own food to defame the hotel. I got a call from one of my executive staff who was working for a few years with me. That call was a saviour from that situation and even till now. “We will take anything from KK if offered because if something goes wrong he will be the only guy prepared to handle the situation efficiently than anyone I know in my total span of 4 decades.” People should exhibit trust instead of making others feel very bad. I expect people to be equivalent of mine in the emotional intimacy. 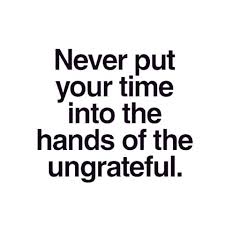 We should never ever stay in any place where respect is lost. And, I believe in this strongly. Being a great foodie, and we use to explore the hotels. Had been almost 6 months, I was very busy in my official works and haven’t been to Chennai. So, one fine day, he signed up for Telegram and I got the notification. So just texted him to welcome. The conversation went on and he invited me for the Dinner! Agreed. Got an early flight from New Delhi and arrived at Chennai, India. Around 5 PM, I got a text expressing the regret that he wouldn’t able to make it up and I didn’t ask any reason. I said OK, and started hometown town for dinner.

Around 9 PM, while I was glancing the Facebook, I saw his check-in having Dinner with someone else in some restaurant claiming “Meeting my friend after 3 months!”. Oh God! A guy travelling for 2500+ kms to meet you has lost the respect with his sign and he wasn’t even cared to text. That was the last appointment I gave him for Dinner and it has been more than 2 years, got several requests for Dinner, but denied softly. There is an egoistic life inside everyone.

Things are straightforward and friends should never ever be self-centric.

Thought there could have been varied reasons by the parents in establishing the control over the friendship, certain times, they infer to be true.

Always ageing is a factor which appears on the skin leaving a strong traces of love and affection which one possessed during the span. So, this is more important.